Amber and Mark give us some wonderful feedback from their trip to Chiloe Island, Torres del Paine, and Los Glaciares in March 2015, as well as some great tips for people considering a similar itinerary.


After arriving in Santiago, Amber and Mark flew to Puerto Montt and onto the island of Chiloe, where they enjoyed a scenic drive through The Bay of Caulin- A fantastic spot to see local and migratory birds. Whilst in Chiloe they stayed at the homestay of La Casita del Mar and enjoyed two days of trekking and sea kayaking in the Bay of Ancud. An early morning transfer took them to Puerto Montt airport where they flew to Punta Arenas and then took a bus for the rest of the journey to Puerto Natales.

After a night at the Hotel Indigo, they embarked on a self guided W trek in Torres del Paine, staying in various cabin’s, Refugio’s and Hotels. Their self guided trek took them to some of the most impressive sights that Torres del Paine has to offer – The famous towers, Lago Noredenskjold, the French Valley and the Grey Glacier.

In the last few days of their trip they enjoyed a guided excursion to the Perito Moreno glacier  before taking some self guided day hikes to Laguna Torre, Laguna de los tres and Loma del Pliegue Tumbado from El Chalten.

How was your time in Chiloe?

Swoop’s partners in Chiloe were amazing, Britt made us two delicious meals (so similar to how I cook that it was wonderfully comforting) and was a gracious host. They were appropriately attentive and kind. Our kayak day was perfect and Jack gave great tips on where to go. The dogs were amazing. 🙂

James was a great guide, he was super knowledgeable and clearly passionate about Chile. I would not have guessed that he had only recently moved to Chiloe from Santiago. In hindsight, we probably would have preferred a little less time with a guide, as it felt a little more scheduled that perhaps we would have liked.

How did you enjoy your time in Torres del Paine?

Laura and Carlos, Swoop’s partners in Torres del Paine were great. They were super helpful when someone stole our bus tickets at Punta Arenas. I would have been helpful to have had more detailed instructions on where to get the bus as I think had we been waiting in the right place, we would have been there to get our tickets before someone else took them.

Laura was also super gracious when we missed our bus to Calafate (the time had been changed to 7am from 8am which she told us on the first day and updated on our voucher but we didn’t update it on our itinerary and we had a very late night the night before due to Grey II being cancelled). She picked us up at the bus station, dropped us at a great coffee shop, and kept our bags for the day.

We had a few complications with the Grey II boat as it was cancelled last minute and we ended up having to hike 3 hours to Grey, then 40 mins round trip to the glacier, and then 3 hours back to Paine Grande to wait 3 hours for the catamaran across Pehoe instead. It was unavoidable but frustrating as we weren’t mentally prepared for it.

The refugios were great. Food was a plenty. It was great overall!

In Puerto Natales, I would recommend staying at the same hotel before and after the W trek for ease. Both the Indigo and Altiplanico were great hotels.

How did you enjoy your time in El Calafate and El Chalten?

El Calafate was good. The Perito Moreno glacier was amazing. We took the 3 hour trip, but 3 felt that 2 hours would have been plenty of time.

Swoop’s partner Zoe was nice when we arrived in El Chalten and helpful in adjusting our schedule after our delay in leaving Puerto Natales.

The hotel Senderos was great. The food there was the best we had…on the whole trip! We really liked the Cervercia. We thought La Taperia was overrated.

Here’s some more information from Swoop’s Harriet on places to eat in Chalten. 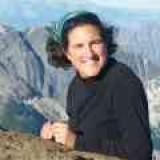