Perito Moreno: the man, the glacier, the town, the national park 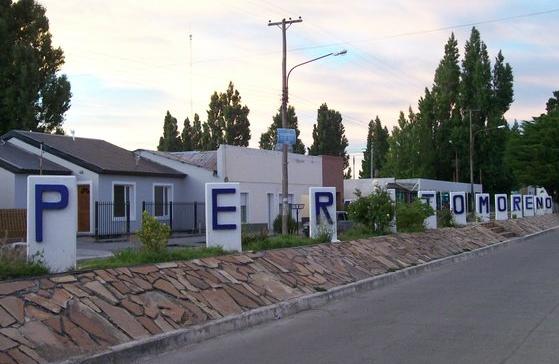 The first time you try to get to grips with Patagonian geography Perito Moreno can be the cause of great confusion.
Why on earth is the National Park 332km from the town! And why, oh why, is the town 695km from the Perito Moreno Glacier!

Why is the National park by the name of Perito Moreno different to the National Park that he was responsible for creating in 1903, and the first of its kind in Argentina. See all of these places on our Perito Moreno map.
The main answer to all of the above is that he was a spectacularly impressive bloke who achieved so much that his namesakes span far and wide, and well beyond just one place. 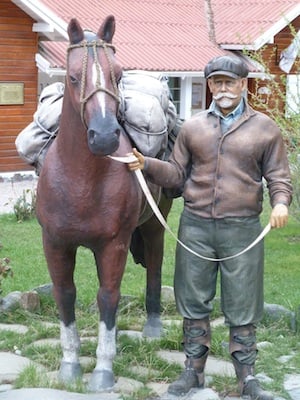 Francisco Moreno is one of Argentina’s great heroes. He was given the title Perito (an official title that translates, fairly poorly, to ‘expert’) in 1902, having successfully defined and gained international acceptance for the border with Chile, through a combination of extensive exploration, expert geography, careful diplomacy and pure passion for the region. The fact that there was no defined international border between these countries in the 20th century is testament to Patagonia’s incredible geography.

It’s fair to say that over the quarter century that preceded this award he discovered the majority of the Patagonian landmarks that draw visitors today: Mount FitzRoy, Lago Nahuel Huapi, the glacier that was, many years later, named after him. It’s difficult to imagine the hardships 19th century explorers into Patagonia endured. His first journey south from Buenos Aires to Nahuel Huapi took 4 1/2 months. The terrain ranges from semi arid desert to glaciers, vast lakes and rivers and 4,000m mountains. [Today you can cover the 1,600km journey from Buenos Aires to Bariloche by bus in 19 hours].  And it wasn’t just the environment that presented challenges – at one point he was captured by Indians and sentenced to death (he managed to escape the night before his execution). And yet he remained sensitive to the needs of the indigenous people and a vocal critic of the War of the Desert.

He was awarded land in Patagonia by the the Argentinian government in recognition of his services to his country, and in 1903 donated the majority of this to form the first National Park in Argentina, Nahuel Huapi. Some 18 years after his death, The Perito Moreno national park was also established  in his honour. The town of Perito Moreno several hundred kilometres north was given its new name in 1952, and whilst small (population less than 4,000) it is an important access point for the Cueva de Los Manos.

It’s humbling to think that one man could be so many things: explorer, geologist, paleontologist, diplomat, museum director, anthropologist, historian, teacher; and perhaps easier to see why the places named after him are several hundred miles apart.

In ‘An Englishman in Patagonia’, John Pilkington beautifully details his eight-month backpacking trip, south from Santiago, winding his way along the Andes, through the heart of Patagonia to the end of the world in Ushuaia, before heading back up the…
END_OF_DOCUMENT_TOKEN_TO_BE_REPLACED

Many of our customers visit Patagonia to enjoy the extensive variety of hiking trails in Torres del Paine, Los Glaciares, Tierra del Fuego and further north towards the Lake District. They will often ask us “why should I use a…
END_OF_DOCUMENT_TOKEN_TO_BE_REPLACED

My mission during my recce of Patagonia in spring 2016 was to delve into Chile’s little-known region of Aysén. I tracked condors, mountain biked in remote national parks and took to the water multiple times to see sights only accessible by boat…
END_OF_DOCUMENT_TOKEN_TO_BE_REPLACED

A handful of Swoop’s customers choose to venture to both Patagonia and the Antarctic on the same trip. Swoop only specialises in these two destinations and so is perfectly placed to offer the dream trip to someone looking for a…
END_OF_DOCUMENT_TOKEN_TO_BE_REPLACED