There are two different airports in Buenos Aires, and often people need to travel between them to catch connecting flights. We’ve put together some information and advice on the two airports and how to move between them, as well as some ideas on things to do should you decide to spend a night or two in Buenos Aires.

Ministro Pistarini International Airport (EZE), also known as Ezeiza is 30km to the south of the main part of town, and is mainly used for international flights.

Jorge Newberry (AEP) is just to the north, and only a 10-15 min taxi ride from the nicest parts of the city; and is mainly used for domestic flights.

Moving between the two airports can take 1 to 2 hours depending on traffic, and as customs and baggage reclaim can take a while we’d normally allow at least 5 hours between arriving into one and departing the other.

More info on moving between the two here:  https://www.swoop-patagonia.com/blog/getting-to-the-airport-in-buenos-aires-by-bus/

3. Spending the Night in Buenos Aires

It often makes sense for people, on their way into Argentina to fly into EZE, spend the night in Buenos Aires, and then fly south from AEP; with a short and simple taxi to the airport the following morning. Here’s a link to our most recommended hotels in Buenos Aires: https://www.swoop-patagonia.com/hotels-buenos-aires/

4. Things to do in Buenos Aires

For a few more thoughts and ideas about things to do in Buenos Aires you can also read Sally’s blog post: https://www.swoop-patagonia.com/blog/things-buenos-aires/ . Equally, should you decide to stop-over in Santiago then Sally’s Santiago walking tour may also be of interest: https://www.swoop-patagonia.com/blog/things-santiago/ 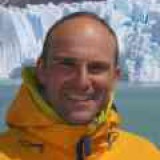